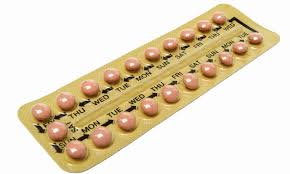 It’s Mother’s Day in Australia today and I have just finished reading The Birth of the Pill by Jonathan Eig. It made me realise how this contraceptive profoundly changed the experience of motherhood for me and for many women across the world. The book is truly fascinating and reads like a thriller.  Here’s the blurb from the cover:

In the winter of 1950 Margaret Sanger, then seventy-one, and who had campaigned for women’s rights to control their own fertility for five decades, arrived at a Park Avenue apartment building. She had come to meet a visionary scientist with a dubious reputation, more than twenty years her junior. His name was Gregory Pincus.

In The Birth of the Pill, Johnathon Eig tells the extraordinary story of how, prompted by Sanger, and then funded by the wealthy widow and philanthropist Katherine McCormick, Pincus invented a drug that would stop women ovulating. With the support of John Rock, a charismatic and, crucially, Catholic doctor from Boston, who battled his own church in the effort to win public approval for the controversial new drug, he succeeded. Together, these four determined men and women changed the world.

Spanning the years from Sanger’s heady Greenwich Village days in the early twentieth Century to the trial tests in Puerto Rico in the 1950’s to the cusp of the sexual revolution in the 1960’s this is a grand story of radical, scientific ingenuity, establishment opposition, and ultimately a sea change in social attitudes.

These amazingly farsighted and determined women, Sanger and McCormick, were driven to stop the endless cycle of poverty, ill health and premature maternal and infant death as a result of large families of eight or more children.  The women who helped test the pill predominantly had a large number of children and were desperate to stop further conception.   Even when the pill was only used by women for two years it dramatically decreased the rates of abortion and maternal deaths, and allowed for better spacing of children. Use of the contraceptive pill has become such a “normal” part of affluent women’s contraceptive choices and I was poignantly reminded during the reading of this book that it was, and continues to be, a radical lifesaving invention and placed fertility in the hands of women.  My grandmother had nine children, my mother had five and I have had two.  This reduction in family size, thanks at least in part to the use of the pill, has enabled me to choose when and how many children to have. Hallelujah!

I am writing this in China, the most populous nation in the world, however they also have one of the highest rates of contraceptive use and their preference is for the IUD. China’s population is anticipated to peak and then decline by 2040, by which time India will have overtaken them.

When I lived in Papua New Guinea, 20 years ago, our housemeri, Kebu, had eight children. She lived in a makeshift wooden house and had great difficulty providing for her family. Her fifth child, Ekris, who was seven years old, became covered in boils, and despite our assisting him to access medical intervention he died.  Her grief was as any mothers would be. She did not want any more children and I discussed contraception with her but she believed utilising any form of contraception would kill her. She was pregnant again when I last had contact with her. Today Papua New Guinea still has a low take up of contraception.

The United Nations Population Fund tells me that many women, predominantly the poorest women on earth, still don’t have the same right to plan when/if to have children as I have enjoyed:

Access to safe, voluntary family planning is a human right. Family planning is central to gender equality and women’s empowerment, and it is a key factor in reducing poverty. Yet some 225 million women who want to avoid pregnancy are not using safe and effective family planning methods, for reasons ranging from lack of access to information or services to lack of support from their partners or communities. Most of these women with an unmet need for contraceptives live in 69 of the poorest countries on earth. – See more at: http://www.unfpa.org/family-planning#sthash.z6iDH0ys.dpuf

Wouldn’t it be wonderful to celebrate Mother’s Day knowing that all woman have access to safe family planning?