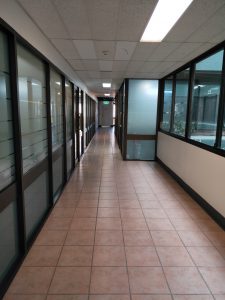 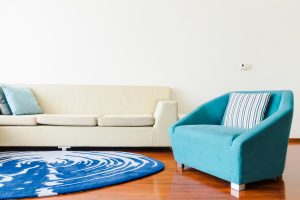 The windowless waiting room was at least pleasant. An attempt had been made to make the space feel like less of an office. Artwork of tropical rainforests and green tree frogs adorned the walls. An easy listening radio station played in the background. Modern chairs arranged in a u-shape were comfortable enough for a brief rest before an appointment but not so great for my 3.5-hour wait. I wish they’d offered me a cup of tea. I lost myself, at least for a few minutes, in the symmetrically patterned carpet. I selected an out of date magazine, from the pile neatly stacked on a coffee table in the corner. Two sad plants, leaves withered and browned, completed the decor. I hoped the psychiatrist would care for my friend better than their plants were cared for.

As I waited, I swallowed bile from waves of nausea, my left leg jiggled restlessly and I struggled to settle to reading or perusing social media.  Yet I was just waiting.  Waiting to be there if needed. Waiting to support my friend when she finished. Waiting for the appointment that was booked six months ago to be over. Hoping that this 3.5-hour appointment wouldn’t destabilise my friend’s mental health… yet fearful that it would.

I took the day off work to be with her, knowing her self loathing and trauma memories were likely to be triggered and consume her. I’ve seen it happen to her before and it feels so unfair. Hopefully, she will settle safely back into her home, comforted by her dog, the familiarity of her surroundings and the love of her family. She will need to reclaim the present and not remain trapped in her horrible past. Perhaps we will walk the dog, or drink tea. Maybe I will steal plants from her garden. Normal things to reclaim life from a horrible day.

Why I am waiting outside the psychiatrist’s office

The Royal Commission into Institutional Responses to Childhood Sexual Abuse provided the impetus for many survivors to take legal action against perpetrating institutions. Friends and clients have explained the process to me: engage a lawyer, make a statement and provide evidence. That’s fair enough but the process also includes a psychiatric evaluation by a psychiatrist you’ve never met before so they can assess the impact of the abuse on your life.  The psychiatric assessment is necessary, regardless of the severity of your mental health condition and no matter how long you have had a treating psychiatrist, psychologist, general practitioner or other mental health professional. It takes place no matter how many previous reports have been written. There is no therapeutic value in this assessment, it is purely a legal matter. For many abuse survivors it is re-traumatising.

This psychiatric assessment was requested by the opposing legal team. They provided my friend’s solicitor with a list of three psychiatrists. You would think that any of them would be fine as surely this would just be an independent assessment…but no! My friend’s solicitor only thought that one psychiatrist on the list would be sympathetic and unbiased…what? My friends preferences regarding gender, religious affiliation or location could not be considered unless we went back to the opposing legal team and asked for another list of psychiatrists. As it was, the earliest available appointment with the psychiatrist was six months away, and my friend didn’t want to wait any longer.  So she waited apprehensively for six months for a day she dreaded. Other friends and clients report similar lengthy waiting times.

My friend’s solicitor asked if there was anything that would make the appointment easier for her. My friend had two simple requests firstly, that she did not have to sit with her back to the door and secondly that she be able to access the psychiatrist’s office via stairs.   Getting trapped in the stairwell was not on the list!

Optimally my friend ‘s legal team would like her to get another psychiatric assessment from one of “their psychiatrists”.  Again other friends and clients tell me this is the usual process. At this point my friend has resisted this request,  hoping that the psychiatrist today will provide a report that’s unbiased and sympathetic enough so she doesn’t need to repeat the ordeal with yet another stranger. She doesn’t want to wait another six months for another psychiatrist’s appointment…. all this draws out the legal process.

Where more than one institution is involved in a legal matter, each could request separate psychiatric assessments. Surely it would be kind, ethical and possible for all parties to agree on one psychiatric evaluation. It seems like multiple evaluations is a perpetuation of institutional abuse, regardless of how warm and kind the psychiatrist is.

The only people who benefit from multiple evaluations are the psychiatrists and the lawyers with their hefty fees, and perhaps the perpetrating institutions if they are able to delay and reduce compensation payments. Heartless.

Inside the psychiatrist’s office

The door opens after about 2 hours and the psychiatrist beckons me into the room. She tells me they are taking a brief toilet break and that the worst is over.  She tells me my friend is brave and smart. My friend is kneeling on a chair, her back to the room, body crouched over, fists clenched, face scrunched against the wall, sobbing. I hug her and want to weep. Again the psychiatrist is kind, supportive and encouraging.  She gently guides my friend to the bathroom. When they return, the door closes and they continue. Once again I wait outside the psychiatrist’s office.

Exhausted, subdued and hungry, my friend voted to eat before making the hour trek home. Another friend picked us up, as I was unable to drive due to a broken wrist. A convoy of friends helped with transporting us on this long day. My friend dozed on the trip home, totally spent.

We didn’t discuss the assessment.  She tells me she was glad she took three Valium before the appointment today. How else would she have coped?

We returned to her home, the dog greeting her with love and affection.  A quiet cup of tea before the welcome chatter of her daughter and grandchildren as they arrived.  A wonderfully ordinary life calling her back from the past.

As expected,  my friend endured increased nightmares and flashbacks flared up following the assessment.  I suspect it will be weeks before my friend’s mental health stabilises.

Now, we wait again.  For the psychiatrist’s report and the for the slow wheels of the “justice” system to turn. It’s been two years so far.

12 thoughts on “Waiting outside the psychiatrist’s office”