I love the internet! Without it, I don’t know how I would have planned our six month adventure. Before the internet, if you wanted to travel, you needed the help of a specialist (a licensed travel agent) to make your bookings and guide you in your planning, but not anymore.

Well, at least that’s what I thought, until on the 25th April, and then again on the 12th May, severe earthquakes hit Nepal and threw our plans into chaos. At the time, we were in China, and our internet contact with the rest of the world was restricted, thanks to the “Great Firewall of China”.

Before leaving Australia I had locked down our itinerary, which included an 8 day tour of Nepal, visiting Kathmandu, Chetwan National Park and Pokara Lakes. Our route into Nepal was to be via an overland Tibet tour, travelling the Friendship Highway, starting in Lhasa, visiting Everest base camp, and finishing at the Sino-Nepal Friendship Bridge, on the border between the two countries.

As a result of damage caused by the earthquakes, and concerns that further aftershocks might pose new risks to people and property, the overland Tibet tour was re-routed, and both the Everest base camp and the Sino-Nepal Friendship Bridge border crossing were closed indefinitely.  Ahhhhhhhh – What do we do now?

We had flights booked out of Kathmandu too, but couldn’t get through to catch them, nor did we want to……the last thing we wanted was to interfere with the recovery effort. The Australian Government “Smart Traveller” web site was advising travellers to “re-consider their travel plans to Nepal”, so that’s what we did. 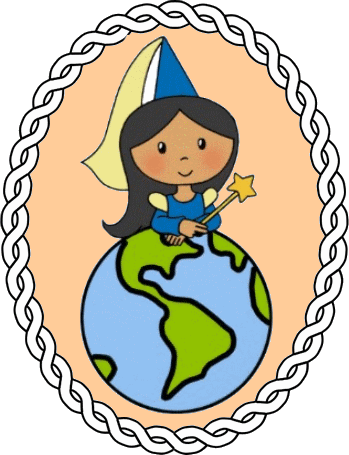 Enter our Net Fairy Godmother. The Net Fairy had been following our adventure, and made contact with us, offering to provide help. I don’t know who the Net Fairy is, nor do I know where the Net Fairy lives (probably in the bottom of someone’s garden)……but that’s not important. What is important is what the Net Fairy was able to do. Here is a short overview from the Net Fairy’s web site.

“Need information, but don’t have the time or the Web savvy to find it all? Don’t know where, how or too busy to find out what you want to know? Bits of information spread out all over the Web and you need someone to put it all together in ONE PLACE for you?

Net-Fairy can do this for you, acting like a Web concierge, your virtual Personal Assistant on the Web, listening to your needs then bringing all the information together back to you, all in one place on the Web, put together in an easy to understand way.”

The Net Fairy seemed to show up just at the right time…….I guess that’s what Fairies do. We had to fill 9 nights of our itinerary to replace those lost to the Nepal earthquake, and the Net Fairy was invaluable. Anne and I had decided to fly on to New York earlier than planned, and on the way, spend 4 nights in Dubai, so we locked down those plans ourselves. The Net Fairy focussed attention on New York. Those Fairy ears listened to our ideas and ran with them. It was the Net Fairy who suggested the North Fork of Long Island.

Not only did the Net Fairy suggest the location, but the Net Fairy provided suggestions on transport options from JFK airport (bus and train timetables, fare prices, and car rental ideas), accommodation options (hotels, B&B’s and Air BnB), customised a google map identifying eateries and other points of interest, provided links to local information sites and even included bike rental ideas. Interestingly, the Net Fairy also gave us links to other Blog sites, where travellers had written about Long Island and the North Fork region. All of these resources were provided by the Net Fairy to a private web page, just available to us. This web page also allowed us to provide comments back, and kept the conversation going.

The Net Fairy didn’t stop at Long Island. The Net Fairy kept on giving, and has gone on to provide a wealth of information about Manhattan, including free things to do, web links where we could find discounts on major attractions, and extended the customised google map to show eateries and points of interest close to where our accommodation was. The Net Fairy displayed excellent MS Excel skills too, undertaking an analysis of the major New York attraction “passes”, breaking them down by pros and cons and coming up with an appropriate conclusion.

Navigating public transport in foreign cities with luggage can be difficult, but the amazing Net Fairy even provided us with details on catching the Metro from JFK all the way to our accommodation, including where we should find elevators and lifts, and thus avoid carrying our bags up and down stairs!

THANK YOU Net Fairy. It’s been wonderful having you with us on the run in New York during our six month adventure. You are our “not forgotten” web concierge.